WHAT IS CEPHALOSPORIN ANTIBIOTICS?

Cephalosporin – called natural compounds derived from the fungus Cephalosporium (found in sea water), and semi-synthetic substances made from 7-ACK (7-aminocephalosporinic acid). Their features include high bactericidal, wide range of action and low toxicity. Also cephalosporin antibiotics have a partial cross-allergenicity with penicillins and high activity against staphylococci, resistant to other types of drugs. 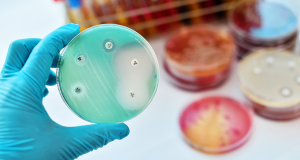 For the first time the fungus Cephalosporium acremonium with pronounced antibacterial activity was isolated in 1945 from sea water by the Italian scientist G. Brocc. Further from this organism were able to obtain a new substance – cephalosporin C. the First drug in this class, has become cephaloridine. To date, drugs from the group of cephalosporins there are more than 50 names.

Antibiotics of this type are able to inhibit the synthesis of peptidoglycan, destroying the enzymes contributing to this process. The effectiveness of cephalosporin drugs depends on the specific microorganisms that they are able to destroy. At the same time, cephalosporins, as a rule, act only on breeding and growing microorganisms. And the cells that are at rest, the drugs do not affect.

Cephalosporins are classified according to the following parameters:

However, the most common classification of drugs are antibiotic generations. Five such groups of drugs are currently known. In each of them there is a drug that has positive qualities that form the basis of cephalosporins of the new generation. For the first was used Cefazolin, the second cefuroxime, and for the third and fourth, respectively, Cefotaxime and sefarim.

The first group of cephalosporins affects almost all staphylococci, including microorganisms that are immune to benzylpenicillin, strains of E. coli and Proteus. At the same time, there is no effect on penicillin-resistant pneumococci and enterococci, as well as aerobic gram-negative bacteria and “hospital” variants of clostridia or the same Proteus.

Indications for the use of the first generation are staphylococcal and streptococcal diseases such as pneumonia, pharyngitis and infections of the skin, soft tissues and urinary tract. Often antibiotics are used for prevention before operations on the heart, blood vessels, neck, head, biliary tract and stomach.

Second-generation cephalosporins affect more gram-negative bacteria than the first. With their help you can get rid of Proteus, and Haemophilus influenzae, and Neisseria gonorrhoeae. In addition, such cephalosporin antibiotics are effective in the treatment of gynecological diseases and soft tissue infections. However, Pseudomonas aeruginosa and “hospital” strains to substances of this group are not susceptible.

The third generation is characterized by an even wider range of actions. Affecting the same organisms that I, and group II, these cephalosporin antibiotics successfully compete even with Klebsiella, Salmonella, Shigella and other types of Haemophilus influenzae bacteria, and Pseudomonas aeruginosa (especially in set with aminoglycosides). However, staphylococci and streptococci are less affected by the third generation than the second.

There are more than a dozen fourth-generation drugs. All of them are capable:

The use of antibiotics of this type is advisable for serious infections of the joints, skin, bones, abdomen and pelvis.

The fifth generation consists of a small number of drugs, most of which is ceftobiprole was medocaril. It is characterized by the widest range of exposure from all groups of cephalosporins. And, unlike previous generations, it is able to cure methicillin-resistant Staphylococcus aureus.

To date, parenteral (subcutaneous or intravenous) administration of cephalosporin antibiotics is most effective against most gram-negative bacteria. And in the disease caused by staphylococci, enterobacteria and gangrenous wand, drugs are administered together with metronidazole. It is also recommended parenteral administration of cephalosporins for the treatment of various types of sepsis and as a prevention of bacteremia, which developed after the study of the urinary tract.

Intramuscularly, such antibiotics are administered in the treatment of gonorrhea caused by penicillin-resistant gonococci. At the same time, it is not necessary to treat Staphylococcus aureus with the help of I–IV generations – only the fifth is suitable for this.

CONTRAINDICATIONS AND SIDE EFFECTS

Most of the side effects of cephalosporins are similar to reactions to other beta-lactam antibiotics and include the following symptoms:

It is also possible the occurrence of pain with the introduction of drugs. To avoid this, antibiotics can be administered by drip in lidocaine or novocaine solutions.